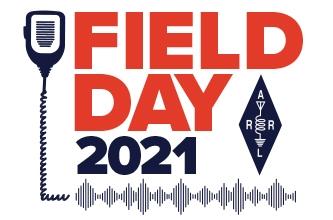 Volusia County ARES® and the West Volusia Amateur Radio Society will be participating in the 2021 ARRL Field Day this coming weekend, June 26 and 27, 2021 and the public is invited to attend.
ARRL Field Day is the single most popular on-the-air event held annually in the US and Canada. On the fourth weekend of June of each year, thousands of radio amateurs gather with their clubs, groups or simply with friends to operate from remote locations.Field Day is a picnic, a campout, practice for emergencies, an informal contest and, most of all, FUN!

It is a time where many aspects of Amateur Radio come together to highlight our many roles. While some will treat it as a contest, other groups use the opportunity to practice their emergency response capabilities. It is an excellent opportunity to demonstrate Amateur Radio to the organizations that Amateur Radio might serve in an emergency, as well as the general public. For many clubs, ARRL Field Day is one of the highlights of their annual calendar. The contest part is simply to contact as many other stations as possible and to learn to operate our radio gear in abnormal situations and less than optimal conditions.

We use these same skills when we help with events such as marathons and bike-a-thons; fund-raisers such as walk-a-thons; celebrations such as parades; and exhibits at fairs, malls and museums — these are all large, preplanned, non-emergency activities.But despite the development of very complex, modern communications systems — or maybe because they ARE so complex — ham radio has been called into action again and again to provide communications in crises when it really matters. Amateur Radio people (also called “hams”) are well known for our communications support in real disaster and post-disaster situations.

Often called “ham radio,” the Amateur Radio Service has been around for a century. In that time, it’s grown into a worldwide community of licensed operators using the airwaves with every conceivable means of communications technology. Its people range in age from youngsters to grandparents. Even rocket scientists and a rock star or two are in the ham ranks. Most, however, are just normal folks like you and me who enjoy learning and being able to transmit voice, data and pictures through the air to unusual places, both near and far, without depending on commercial systems.

The Amateur Radio frequencies are the last remaining place in the usable radio spectrum where you as an individual can develop and experiment with wireless communications. Hams not only can make and modify their equipment, but can create whole new ways to do things.

During this event, we will be demonstrating how amateur radio can be used to communicate around town, the state, the nation, and the world using emergency power in methods such as voice, Morse Code, and digital communication methods. We will also demonstrate how email can be sent and received over the airwaves without the use of the Internet. If you or someone you know has an interest in getting on the air to make some contacts, that opportunity is available as well.